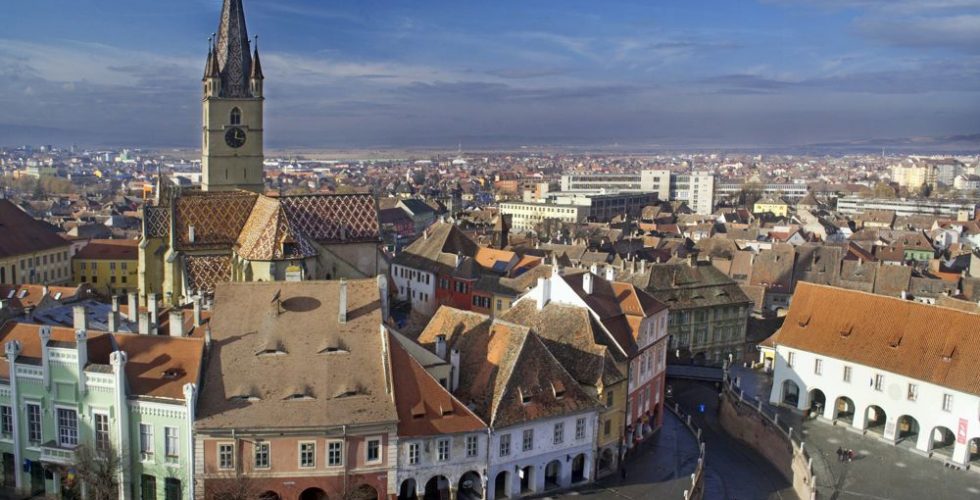 Sibiu (in German, Hermannstadt, in Hungarian Nagyszeben, in Latin Cibinium) is the capital of the county with the same name, Transylvania, Romania, consisting of the localities Păltiniş and Sibiu (residence). Sibiu is an important cultural and economic center in southern Transylvania, with a population of 147,245 according to the 2011 census. The Păltiniş winter resort is 37 km away from the city center and the Bâlea Glacier Lake is about 75 km away from the city. The city of Sibiu represented and is one of the most important and flourishing cities in Transylvania, being one of the main centers of the Saxon settlers settled in the area. The city was the capital of Transylvania between 1692-1791 and 1849-1865. He has experienced a significant economic and cultural revival in recent years. Sibiu is currently one of the cities with the highest level of foreign investment in Romania. In 2007, it was the European Capital of Culture, together with Luxembourg.