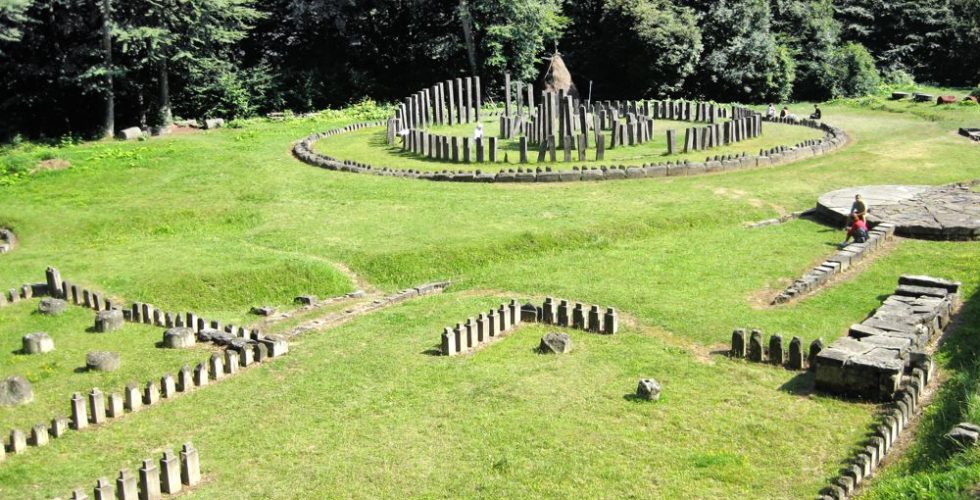 Sarmizegetusa Regia (the kingdom) was the capital and the most important military, religious and political center of the Dacian state before the wars with the Roman Empire. It was the core of a strategic defensive system consisting of six Dacian fortresses from the Orastie Mountains, used by Decebal for defending against the Roman conquest. The archaeological site Sarmizegetusa is located in the village of Grădiştea Muncelului in Hunedoara County. The Sarmizegetus toponymy appeared in the ancient inscriptions and the ancient authors (until the 7th century) and in other variants (with Latin and Latin inscriptions): Zarmizeghéthousa, Sarmireg, Sarmizge (Ulpia Traiana Augusta Dacica colony) Zarmitz, Sarmazege , Sarmizege, etc. The name could be Dacian, but it was preserved only in a variety of phonetic forms of Greek and Latin. After the conquest of Dacia and its incorporation into the Roman Empire, the capital was moved to Ulpia Traiana (Sarmizegetusa), more than 40 km away. The ruins of the Dacian fortress Sarmizegetusa Regia have been included on the UNESCO World Heritage List.