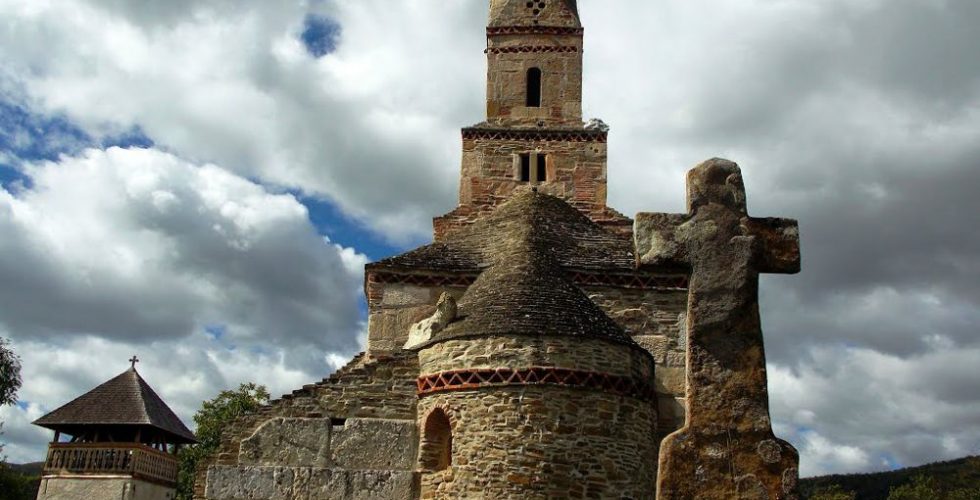 St. Nicholas Church is an Orthodox church in Densus, Hunedoara County, one of the oldest Byzantine rites in Romania built in the 13th century. Since 1991 it has been on the list of monuments proposed to enter UNESCO heritage. Nicolae Iorga called the church "unpaired in all romania". The church is placed on the list of historical monuments in Hunedoara County under the code HD-II-m-A-03307. St. Nicholas Church in Densus was erected on the ruins of an antiquity building (4th century). On the square (about 6 x 6 m), the nave is pierced by a tower around which there is a narrow space covered with a supporting vault. To the east is a deep semicircular apse, both inside and outside, with a large diaconic on its southern side. The roof of the whole building is made of stone slabs. Additional annexes were added on the southern side in the fourteenth and fifteenth centuries. Built from Roman stone stones brought from the ruins of Ulpia Traiana Sarmizegetusa nearby, the church has a strange appearance, but it does not hide the stylistic footprints of the late Romanesque. The valuable fragments of mural painting dating back to 1443, the work of a team of masters headed by Stefan, one of the first known Romanian painters, show close stylistic ties to the Wallachian period paintings.