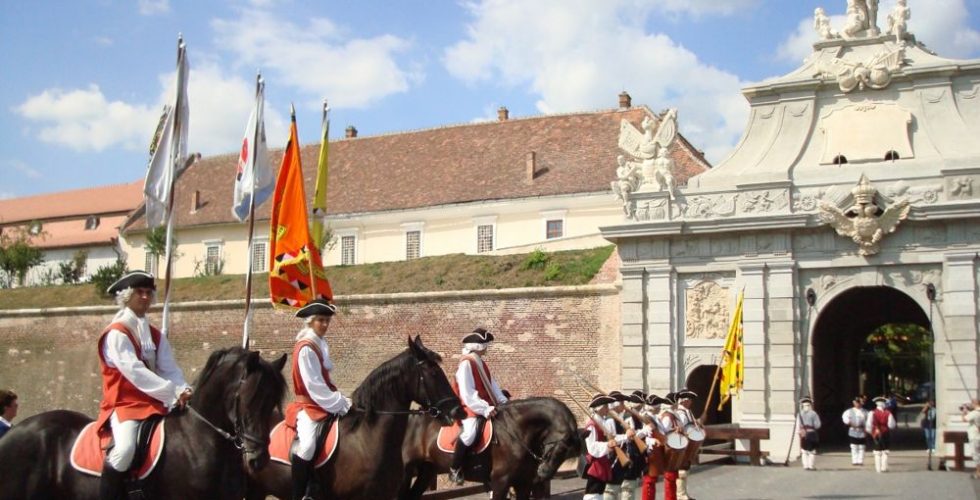 Alba Iulia (German: Karlsburg or Carlsburg, formerly Weißenburg, Hungarian: Gyulafehérvár, Latin: Apulum, Ottoman Turkish: Erdel Belgrad or Belgrad Erdel) is a city located on the Mureş River in Alba County, Transylvania, Romania, with a population of 63,536 as of 2011. Since the High Middle Ages, the city has been the seat of Transylvania's Roman Catholic diocese. Between 1541 and 1690 it was the capital of the Eastern Hungarian Kingdom and the latter Principality of Transylvania. Alba Iulia is historically important for Romanians, Hungarians and Transylvanian Saxons.